McClain Consulting Services, Inc. is a professional services consulting firm that provides customized facility assessments throughout the country for commercial property owners, investors, and managers. We were founded in 2005 by Chuck McClain and our team consists of over 100 professionals situated strategically around the United States, representing various facility assessment specialties.

For nearly 35 years, Charles J. McClain, AIA, has focused extensively on developing, performing, and reviewing engineering and architectural feasibility studies that incorporate new technologies in completing comprehensive facility condition studies. He is a Licensed Architect (CA, #C22426, 1991), Certified Infrared Thermographer (#1803) by the Infraspection Institute (1988), and a member of the American Institute of Architects, ASTM International, and International Institute of Building Enclosure Consultants.

After graduating with a Bachelor of Architecture from Cal Poly San Luis Obispo in 1985, McClain began learning how to perform facility assessments in the field as an apprentice at the consulting firm of Building System Evaluation of Sierra Madre, CA, during the early days of the building diagnostics field. His first building evaluation was performed with industry pioneers Frank Goss and Mario Cano on behalf of the City of Pasadena at the then-vacant and dilapidated Armory Building (Now the Armory Center for the Arts).

As the 8th employee hired by Building System Evaluation, McClain had the good fortune to assist in and learn from the company’s rapid growth – primarily due to environmental and asbestos consulting – during the late 1980s. He received experience in many aspects of facility assessments, from asbestos surveys and microscopy to curtain wall assessments and infrared roof inspections.

In 1991, McClain received his architectural license from the State of California and wrote Building Systems Evaluation Handbook, one the first books dedicated to building evaluations and condition assessments. Published by Government Institutes Inc. as a handbook for executives, managers, and real estate professionals, the book was designed to assist building professionals, real estate investors, and property owners to establish engineering due diligence and evaluation programs in order to make informed investment decisions and/or determine the financial and operational viability of a property or portfolio of properties. The book detailed the organization and management of baseline property condition assessments, evaluations of specific facility systems, disabled accessibility compliance, and seismic assessments.

In the mid-1990s, McClain had the privilege of working as the executive director of the Church and Temple Housing Corporation, a unique collaboration between All Saints Episcopal Church and Leo Baeck Temple to provide property management and social services at several single-room occupancy hotels on Skid Row in Los Angeles. During that time, he became friends with several homeless and low-income residents of Skid Row and together they founded a non-profit creative business incubator called Skid Row Access, to provide job and training opportunities to hundreds of low-income and homeless residents of Los Angeles. The project was featured on many news programs and, in 1992, McClain was awarded an ABC Television / Nightline “Angel of the City” designation for work in low-income neighborhoods in Los Angeles.

During the 1990s and early 2000s, McClain worked with numerous national due diligence consulting companies, performing hundreds of condition assessments at commercial properties throughout the U.S. and developing his specialties of staff training, reporting development, and portfolio delivery systems.

In the spring of 2005, McClain founded McClain Consulting Services with his wife Katie and son Matthew. Since that time, the company has successfully completed thousands of property condition assessments throughout the U.S.

In 2013, McClain revamped Property Condition Assessment Handbook and republished it as the Updated 20th Anniversary Edition, presenting ways to design, perform, and manage facility assessment services. In 2014, McClain completed the book Zen and the Art of Facility Assessments, to illustrate the practice of facility assessments from the perspective of Zen teachings. In 2017, McClain wrote When Bad Things Happen to Good Buildings: Red Flags in Property Condition Assessments: A Reference Guide to Problematic Building Materials and Conditions in the United States, which discusses over 20 different problematic building components and includes methods of identification and potential ramifications of each “red flag.” 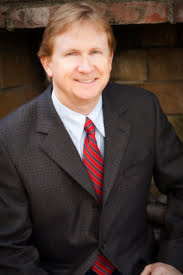