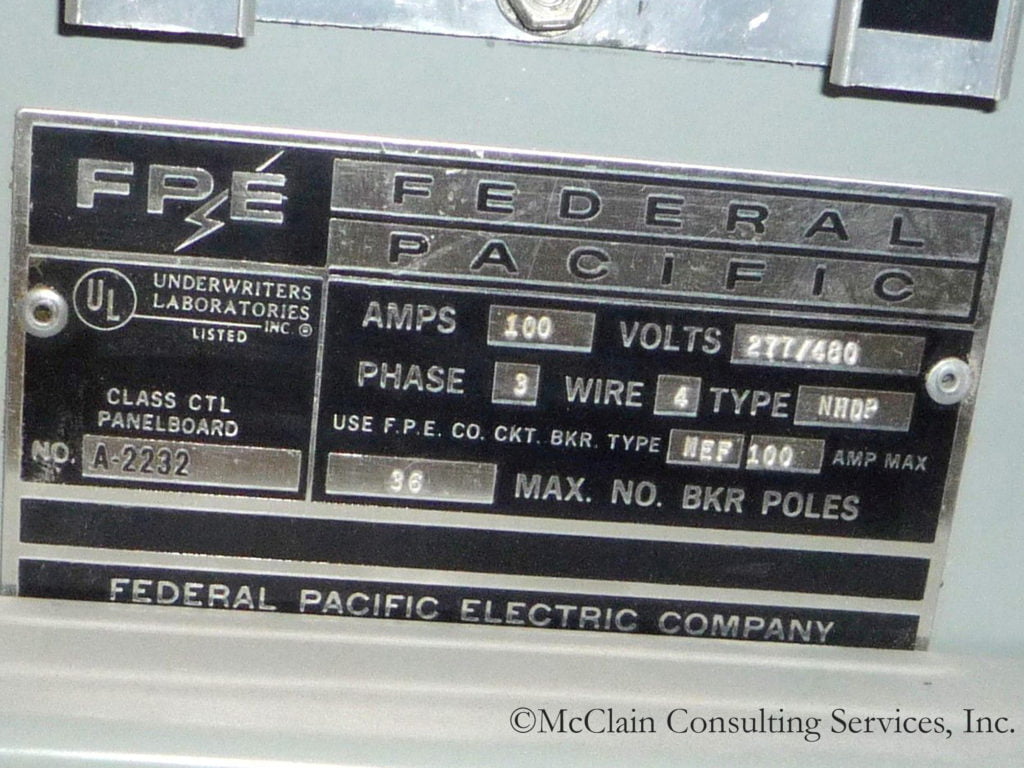 Electrical circuit breakers manufactured by the Federal Pacific Electric (FPE) Company, and Stab-Lok® models in particular, have the potential to fail to trip in the case of an overload or short-circuit. A circuit breaker that fails to trip or that is conducting electricity after it has been disabled could cause a fire or personal injury.

Federal Pacific Electric panels were installed between the 1950s and approximately 2000. It has been estimated that there are approximately 30 million FPE Stab-Lok® breakers in use in the U.S. In the early 1980s it was confirmed that FPE fraudulently applied Underwriters Laboratories, Inc. (UL) labels to their circuit breakers falsely indicating that the equipment had met UL safety standard requirements. The Consumer Product Safety Commission performed tests on the equipment and determined failure rates in excess when compared to similar equipment produced by other manufacturers. Due to budget constraints preventing conclusive testing, no recall was initiated. It is estimated that thousands of fires each year may be a direct result of malfunctioning FPE panel breakers.

There are several distinct design deficiencies with FPE circuit breaker panel and components that promote unsafe conditions including:

Identification of the presence of FPE equipment is important for the safety of a building and the value of a condition assessment. There are several ways to confirm FPE as the manufacturer of electrical circuit breakers including:

Depending on the conditions and type of FPE panel found at a building, replacement of the equipment is typically warranted.

This post is excerpted from Chuck’s recently published book, When Bad Things Happen to Good Buildings | Red Flags in PCAs: A Reference Guide to Problematic Building Materials & Conditions in the U.S.